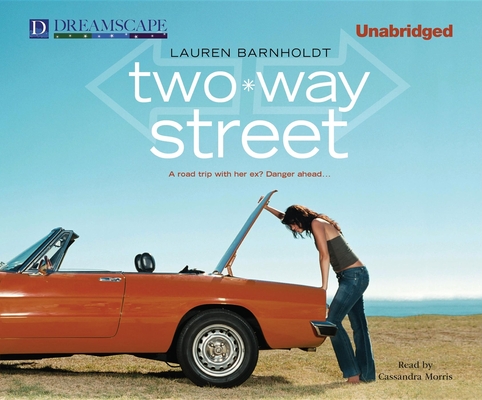 This is Jordan and Courtney, totally in love. Sure, they were an unlikely high school couple, but it worked. They're even going to the same college, and driving cross-country together for orientation. Then Jordan dumps Courtney - for a girl he met on the Internet. It's too late to change plans, so the road trip is on. Courtney's heartbroken, but figures she can tough it out. This is Courtney pretending not to care. But in a strange twist, Jordan cares. A lot. Turns out, he's got a secret or two that he's not telling Courtney. And it has everything to do with why they broke up, why they can't get back together, and how, in spite of it all, this couple is destined for each other.

Lauren Barnholdt was born and raised in Syracuse, New York, and currently resides in Waltham, Massachusetts. When she's not writing, she watches a lot of reality TV.READER BIOCassandra Morris has narrated over 70 audiobooks, including the Gossip Girl, Pretty Little Liars, and The Clique series. She has won several awards from Publishers Weekly, Audiophile Magazine, and has been nominated for an Audie. Morover, she is the voice of Lola on the cartoon series Angelo Rules and has appeared in national commercials.

"Morris does a great job bringing the angst of teenaged relationships to life." - AudioFile