One Night That Changes Everything (Compact Disc) 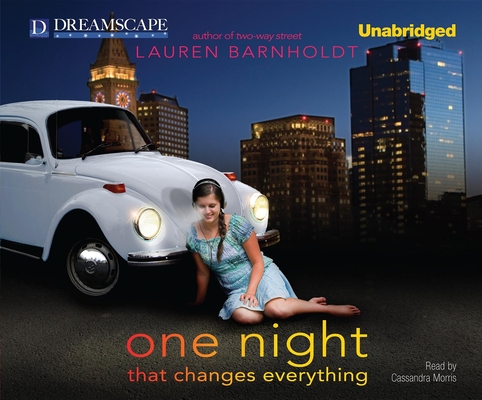 One Night That Changes Everything (Compact Disc)

Eliza is in a full-blown panic. Her notebook has been stolen - the one that lists everything she wants but is afraid to go after. And the absolute worst person in the world has it: her ex-boyfriend, Cooper. Like it's not enough Cooper was lying to Eliza for their entire relationship, now he and his friends are blackmailing her; giving her just one night to complete the most humiliating tasks on her list or they'll post her secrets online. Eliza's sure of only one thing: she isn't going down without a fight. Cooper may have what's left of her dignity, but she's not the only one with something to hide. A hilarious and sweet teen novel by Lauren Barnholdt, the author of Two-Way Street.

Lauren Barnholdt was born and raised in Syracuse, New York, and currently resides in Waltham, Massachusetts. When she's not writing, she watches a lot of reality TV. READER BIOCassandra Morris has narrated over 70 audiobooks, including the Gossip Girl, Pretty Little Liars and The Clique. She has won several awards from Publishers Weekly, Audiophile Magazine, and been nominated for an Audie. Moreover, she is the voice of Lola on the cartoon series Angelo Rules and has appeared in national commercials.

"With her youthful, chirpy voice, Cassandra Morris is the perfect choice to narrate Lauren Barnholdt’s madcap adventure that has plenty of heart as well as humor." - School Library Journal