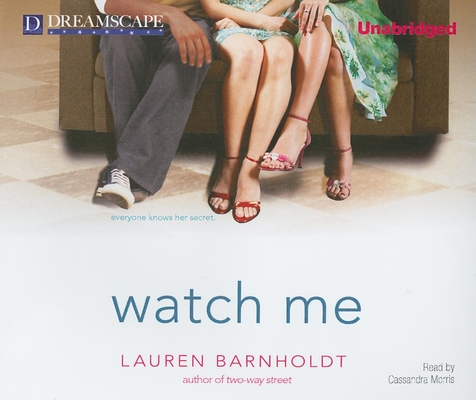 She thinks she has nothing to hide... Ally has everything under control. She's about to move into a house full of strangers and have her life broadcast to the world, but as long as she still has her long-distance boyfriend, Corey, nothing can go wrong. Nothing, that is, until Ally starts spending time with her housemate Drew, the hot and sensitive guy who always seems to be around when she needs someone the most. As suspicions and lies start pulling Ally and Corey apart, she's not sure if she can trust anyone, not even herself. Ally is about to learn the hard way that life is what happens when everyone is looking, and it doesn't always capture her good side.

Lauren Barnholdt was born and raised in Syracuse, New York, and currently resides in Waltham, Massachusetts. When she's not writing, she watches a lot of reality TV. READER BIOCassandra Morris has narrated over 70 audiobooks, including the Gossip Girl, Pretty Little Liars, and The Clique series. She has won several awards from Publishers Weekly, Audiophile Magazine, and has been nominated for an Audie. Morover, she is the voice of Lola on the cartoon series Angelo Rules and has appeared in national commercials.

"I could not put this book down - it was hilarious! Barnholdt is a fresh new voice in teen fiction." - Sarah Mlynowski, author of Milkrun and As Seen on TV