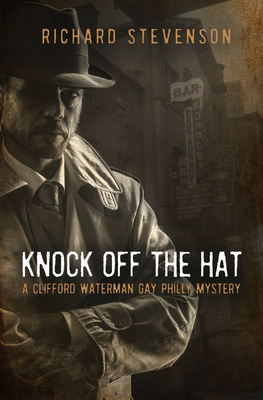 Lambda Literary Award-winning author delves into the sudden and extraordinary wave of gay-bashing in 1940s Philadelphia.

It's steaming August in post-war Philadelphia. Clifford Waterman, dishonorably discharged from the Army for an indecent act with a native in Cairo, can't go back to his job as a police detective and is struggling to make a go of it as a private investigator. He's soon hired to help a young man caught in a gay bar raid who can't afford the $500 bribe a corrupt judge demands to make a morals charge go away.

In the blink of an eye, an entire gay neighborhood is suddenly under siege, and Waterman has to find out why the cops, courts, and the city powers that be have unleashed a wave of brutal gay-bashing--astonishing even for that time and place.

Kept moving by Jim Beam, bluesy jazz, and a stubborn sense of outsider's pride, Waterman makes his way through Philadelphia's social, political, and financial swamp to rescue a few unlucky souls and inflict at least a bit of damage to the rotten system that would lead to the Stonewall rebellion in New York City 22 years later.