The Egyptians: A Radical History of Egypt's Unfinished Revolution (Hardcover) 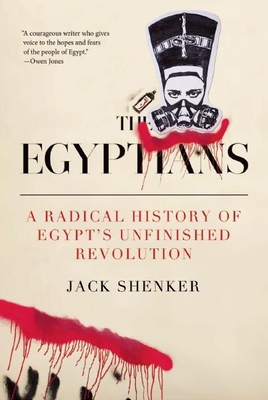 A Kirkus Best Book of 2017 From award-winning journalist Jack Shenker, an "intimate and comprehensive portrait" (Pankaj Mishra) of the battle for contemporary Egypt that marks a stunning debut from a rising star In The Egyptians, journalist Jack Shenker uncovers the roots of the uprising that succeeded in toppling Hosni Mubarak, one of the Middle East's most entrenched dictators, and explores a country now divided between two irreconcilable political orders. Challenging conventional analyses that depict contemporary Egypt as a battle between Islamists and secular forces, The Egyptians illuminates other, equally important fault lines: far-flung communities waging war against transnational corporations, men and women fighting to subvert long-established gender norms, and workers dramatically seizing control of their own factories. Putting the Egyptian revolution in its proper context as an ongoing popular struggle against state authority and economic exclusion, The Egyptians explains why the events of the past five years have proved so threatening to elites both inside Egypt and abroad. As Egypt's rulers seek to eliminate all forms of dissent, seeded within the rebellious politics of Egypt's young generation are big ideas about democracy, sovereignty, social justice, and resistance that could yet change the world.

Jack Shenker is a journalist based in London and Cairo. Formerly Egypt correspondent for The Guardian, he received multiple prizes for his coverage of the Egyptian revolution. This is his first book.