Bias: A CBS Insider Exposes How the Media Distort the News (Paperback) 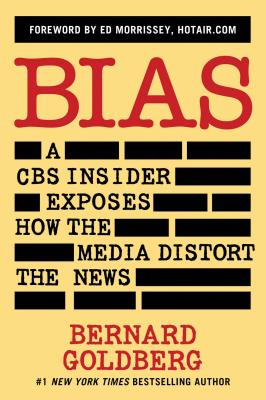 By Bernard Goldberg, Ed Morrissey (Introduction by)
$16.99
Email or call for price

In his nearly thirty years at CBS News, Emmy Award–winner Bernard Goldberg earned a reputation as one of the preeminent reporters in the television news business. When he looked at his own industry, however, he saw that the media far too often ignored their primary mission: objective, disinterested reporting. Again and again he saw that they slanted the news to the left.

For years Goldberg appealed to reporters, producers, and network executives for more balanced reporting, but no one listened. The liberal bias continued.

In this classic number one New York Times bestseller, Goldberg blew the whistle on the news business, showing exactly how the media slant their coverage while insisting they’re just reporting the facts.

Bernard Golberg is an American writer, journalist, and political pundit. He has won twelve Emmy Awards during his career and is currently a commentator for Fox News and a correspondent for HBO's Real Sports with Bryant Gumbel.