The Abolition of Woman: How Radical Feminism Is Betraying Women (Paperback) 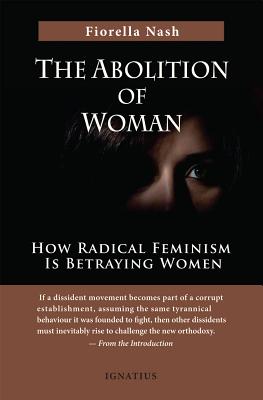 By Fiorella Nash
$17.95
Email or call for price

For the great majority on both sides of the abortion debate, the idea of a pro-life feminist is the ultimate contradiction in terms. Abortion has become so central to feminist thinking that women who affirm their belief in both women's empowerment and the inalienable right to life can find themselves viewed with suspicion and hostility from both sides. Yet the author of this book is indeed a pro-life feminist, and her insightful analysis of contemporary issues can provide the basis for common ground between those defending human rights.

This book unashamedly calls mainstream feminists, journalists and Western politicians to account for their silence and – in some cases – vocal justification of the persecution of women because of an absolutist loyalty to abortion. It asks uncomfortable questions to those who claim to believe in women's empowerment: Where is their passionate outrage when Chinese women are forcibly aborted and sterilised? Where is their concern for the thousands of baby girls killed by abortion every year because their lives are held as worthless simply for being female? What about the thousands of women used as surrogates for wealthy Western couples, treated as chattels and denied their most basic human rights? But the book also tackles difficult issues for the pro-life side--the need for a sensitive, realistic approach to problematic pregnancies and the importance of confronting the continued exploitation and abuse of women within a sexualised society.

Pro-life feminism is not only possible, it is vital if the complex struggles facing women are to be adequately met. Abolition of Woman is a rallying cry to feminists to stand with the pro-life movement, fighting to build a society in which women are equal and every human life is protected.

Fiorella Nash is a writer and bioethicist in the United Kingdom with over ten years' experience researching life issues from a feminist perspective. She makes regular appearances at national and international conferences and has appeared on radio and in print discussing issues such as abortion, gendercide, maternal health and commercial surrogacy. Fiorella is also an award-winning novelist and has published numerous books and short stories under the nom-de-plume Fiorella De Maria, including Poor Banished Children, Do No Harm, and We'll Never Tell Them.