The Little Friar Who Flew (Hardcover) 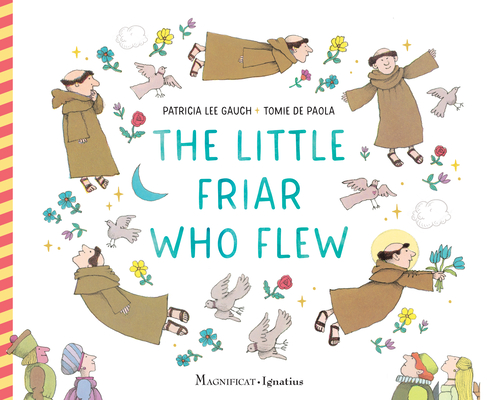 The Little Friar Who Flew (Hardcover)


Ships to Our Store in 1-5 Days
Patricia Lee Gauch was Editorial Director of Philomel Books for almost 25 years. She holds a doctorate in English literature, has taught writing and children's literature on the college level and reviewed for the New York Times. Patti has edited three Caldecott books, Owl Moon by Jane Yolen, illustrated by John Schoenherr, Lon Po Po by Ed Young and So You Want to Be President by Judith St. George, illustrated by David Small. She has worked with many well-known authors and artists, including Patricia Polacco, Eric Carle, Brian Jacques, T.A. Barron, Andrew Clements and Loren Long.Patti has written thirty-nine books for young readers, among them Thunder at Gettysburg, This Time, Tempe Wick?, Christina Katerina and the Box and Dance Tanya and the Tanya books. Her most recent title, The Knitting of Elizabeth Amelia, was published in fall 2009.Tomie dePaola was best known for his books for children. He had written and/or illustrated over 270 books. He received numerous awards and honors, including Caldecott Honor and Newbery Honor awards, the Children's Literature Legacy Award (called the Laura Ingalls Wilder Award until June, 2018) for "substantial and lasting contribution to literature for children", the Smithson Medal from the Smithsonian Institution, and the Regina Medal from the Catholic Library Association. Nearly 25 million copies of his books have been sold.