The Bachelor in Atlantis (Paperback) 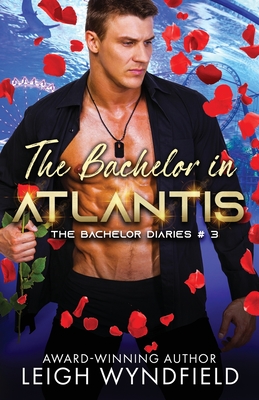 The Bachelor in Atlantis (Paperback)

She's hell-bent on proving herself for the job of her dreams. He's The Bachelor, but all he really wants to do is return to space. Then they're trapped beneath the surface of Lake Superior in an underwater amusement park that's anything but fun...

Sugar has finally made it -- she's been promoted to Head Wrangler of The Bachelor. She's ready to prove to everyone she's got what it takes to make it in one of the toughest positions in reality TV. But almost immediately, things on the set of Atlantis go terribly, terribly wrong, and she and the cast and crew are trapped a hundred feet underwater.

Flight engineer Jackson Wright reluctantly agreed to be The Bachelor because he needs the money to return to space. But he didn't count on being attracted to the one woman he can't have... Sugar.

As they are forced to work together to try to escape, their attraction begins to blossom into much, much more. When it becomes apparent someone is sabotaging their efforts, Jackson knows he'll need to use every skill he possesses to keep them safe. This might be an impossible love, but he's willing to fight for both their lives and Sugar's heart.