Spirit Within, Spirits Throughout: A Spiritual Exploration Through Poetry (Paperback) 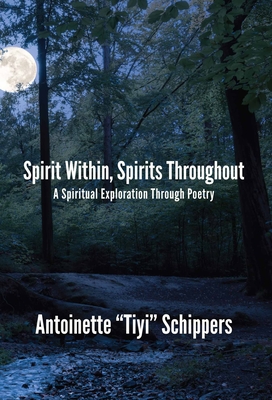 Spirit Within, Spirits Throughout: A Spiritual Exploration Through Poetry (Paperback)


Currently Unavailable
A first book of eighty poems on the subjects of grief, hope, love, and transcendence by the author if a well-reviewed work of nonfiction.
Antoinette “Tiyi” Schippers was born in the Chicago area during the mid-20th century as the third child in a family of ten.
Raised in a rich culture of storytelling, Tiyi learned at an early age how to captivate an audience with vivid and lusty tales. She
has been an early childhood educator for 40 years, is an accomplished songwriter and traditional American music performer
and has served as a city council member for nearly a decade in the small northern Michigan town wherein she and her husband
have resided for the past thirty-five years. Tiyi is the mother of four children and enjoys being a grandmother to five children.