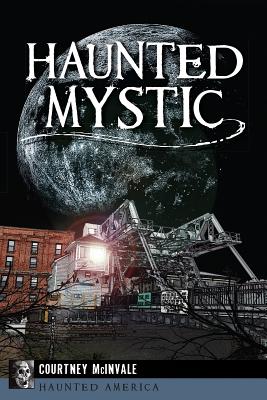 
Ships to Our Store in 1-5 Days
Restless souls still linger along the docks and streets of Mystic, Connecticut. The old sea village has a dark and turbulent past, and there are supernatural sightings on both the Stonington and Groton sides of the Mystic River Bascule Bridge. The Mystic Massacre of the Pequot Indians in 1637 left the land cursed for centuries by ravaging fires. A Revolutionary War hero and sea captain still keeps watch over his namesake Daniel Packer Inne. In the defunct Factory Square, phantom factory workers report to their jobs in the dead of night. From vanishing ghost ships and opinionated colonial chefs to disembodied laughter and chilling apparitions, the past possesses the Mystic landscape. Join ghost guide Courtney McInvale as she walks with the spirits that continue to haunt the streets of Mystic.