Politics at a Distance from the State: Radical and African Perspectives (Paperback) 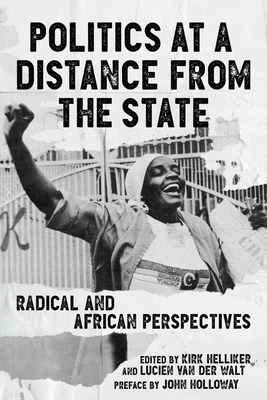 Politics at a Distance from the State: Radical and African Perspectives (Paperback)

For decades, most anti-capitalist and anti-imperialist movements identified
radical change with capturing state power. The collapse of statist
projects from the 1970s fostered both neo-liberalism and a global crisis
of left and working-class politics. But it also opened space for
rediscovering democratic, society-centered and anti-capitalist modes of
bottom-up change, operating at a distance from the state. This resurgent
alternative has influenced the Zapatistas in Mexico, Rojava in Syria,
Occupy, and independent unions and struggles worldwide around austerity,
land, and the city. Its lineages include anarchism, syndicalism,
autonomist Marxism, philosophers like Alain Badiou, and popular praxis.

This
pathbreaking volume helps recover this once sidelined politics, with a
focus on South Africa and Zimbabwe. It includes a dossier of texts from
a century of anarchists, syndicalists, radical unionists, and
anti-apartheid activists in South Africa. Originating in an African
summit of scholars, social movements, and anti-apartheid veterans, this
book also features a preface from John Holloway.