Soaring Over the Titanic (Library Binding) 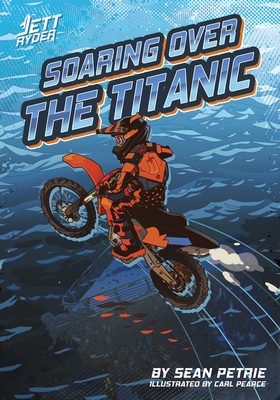 Soaring Over the Titanic (Library Binding)


Currently Unavailable
In the world of freestyle motocross stunts, Jett Ryder has seen his share of crashes and wrecks. But none of those come close to the biggest wreck in history: the Titanic. Jett and his best friend Mika want to do an amazing trick that pays tribute to those lost. They can't perform a stunt onto the Titanic itself--the wreckage is all the way at the bottom of the ocean. But could Jett leap over the wreck? Can Jett stay above water in his most daring motocross stunt yet? Get set . . . for Jett Jett Ryder is the biggest name in freestyle motocross stunts. Not only can he pull off the biggest air and most death-defying tricks, but his stunts are in extreme places: Niagara Falls, the Space Needle, Mount Etna--even over the wreck of the Titanic. Plus, he's only twelve years old.