The Song of Yoru & Asa (Paperback) 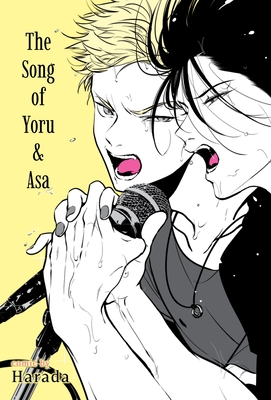 The Song of Yoru & Asa (Paperback)


Ships to Our Store in 1-5 Days
When Asaichi decides to start up a band to pick up chicks, he soon realizes his band's in trouble. He's a bad singer. Thankfully his bassist Yoru is there to help but Asa isn't interested in his help or his advances. Will the stubborn Asa open up to Yoru or will their relationship be nothing but screaming and violence?
Since their debut in 2013, Harada has been one of the most wanted talents in Boys Love. Having penned nearly twenty books over 13 series, Harada's works cover a range of genres from musicals to yakuza and slice-of-life to fantasy. Unlike most BL artists, their works tend to have a hard edge to them that give them a sense of realism readers tend to come back for.