The Museum of an Extinct Race (Paperback) 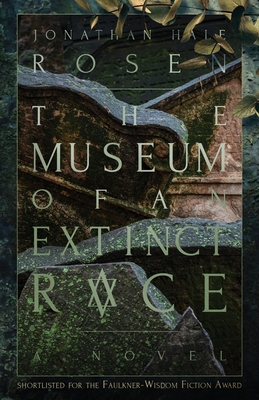 "The Museum of an Extinct Race" is a soul-shaking tale of faith and resurrection in the face of crushing persecution. The novel resonated with me long after I reached the last page."

In a world too impossible to imagine... A future too possible.

Adolf Hitler's Germany has won the war and conquered the world. He has succeeded in eliminating any vestige of Jews and Judaism. 70 years later, his successors realize Hitler's desire for a museum to memorialize that extermination.

The Museum of an Extinct Race, told through the eyes of its two protagonists-Dano Adamik, a Czech native coerced into curating the museum, and Eva Novak, a museum docent with Jewish heritage-unveils a beaten, subjugated society, dominated by a self-proclaimed super race.

Through emotionally charged scenes of an all-too-real, anti-civilization, the novel plunges us into a world absent of Jews and bereft of the ethical guidance of Judaism.