Until I Meet My Husband (Manga) (Paperback) 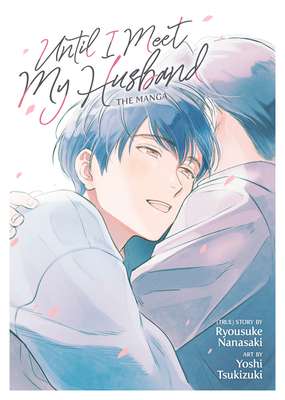 Until I Meet My Husband (Manga) (Paperback)


Ships to Our Store in 1-5 Days
The memoir of gay activist Ryousuke Nanasaki and the first religiously recognized same-sex marriage in Japan. (Original novel of essays also available from Seven Seas.)

From school crushes to awkward dating sites to finding a community, this collection of stories recounts the author’s “firsts” as a young gay man searching for love. Dating is never ever easy, but that goes doubly so for Ryousuke, whose journey is full of unrequited loves and many speed bumps. But perseverance and time heals all wounds, even those of the heart.

This moving memoir by gay activist Ryousuke Nanasaki, following his historic life story, was originally released in Japan as a novel of collected essays. They are compiled here beautifully in a manga format.
Ryousuke Nanasaki is an activist and author of the memoir Until I Meet My Husband, which chronicles his experiences growing up until his gay marriage, the first of its kind in Japan.

Yoshi Tsukizuki is a manga creator in Japan best known for BL manga like My Home, Your One-Room and the manga adaptation of Until I Meet My Husband.