The Killer Half: The Legend of Blackhawk 6-Deuce (Paperback) 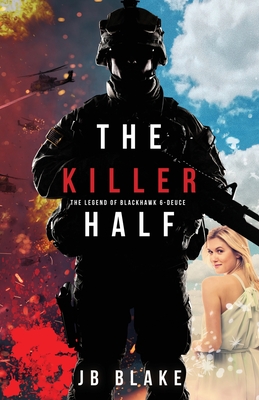 The Killer Half: The Legend of Blackhawk 6-Deuce (Paperback)

Hawk wasn't looking for a war. But after he left behind the war in Afghanistan, a new war found him.

His na vet about the purpose for the war in Afghanistan was gone. Witnessing the death of someone he was close to was the final blow that shattered his spirit. Hawk declined reenlistment and went home brokenhearted only to find another war beginning. Would he always be just a cog in a combat machine? Would Hawk become a warrior again?

In a chance fight with a border-crossing scouting party, Hawk discovers a plan for an armed invasion of America. All of his combat instincts return. Using all of his special operations contacts, he organizes a resistance. Will the resistance succeed? Will he find love again? If Hawk is torn between combat and love, which would win, the killer half, or a man who could truly love?

JB Blake - Student of military history, behavioral science, servant leadership, critical thinking, innovation, and economics. Successful entrepreneur and intrapreneur, corporate executive, and university professor. Every career path has led to interactions with fascinating characters whose traits could be woven into this story. They are like the ingredients that make an amazing recipe.

See you on the other side.