The Migration to Earth (Paperback) 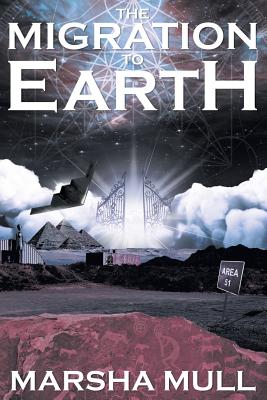 The Migration to Earth (Paperback)

Anzar, as a teenager, has been sent to the planet Earth in training to help establish peace. His planet is Trevinia. He stays with a family from Trevinia. You and I do not know they are among us. It could be a neighbor. People from this planet have been on Earth for many years. At first, they used spaceships for travel. Now, with the invention of the O: XBar, they are able to go great distances with just the push of a button. Also, he can make two exact copies of himself. They have the same thoughts. You can't tell the difference to look at them.

As the years go by, problems arise. He keeps everything written in his journal for others to read. He reports everything to his officials on Trevinia. There is a crash near his home on Trevinia of people from an unknown planet. Could this mean war?

Then on Nestar and other planets, Tuwanari appears and Anzar's new mission is revealed to him. With the help of his family and friends, they travel to other planets. There are many stories that Anzar must tell. One is the hunt for Amazons who have left the earth. Egypt might have clues, so he makes a visit there. He shares his life of travels with you.