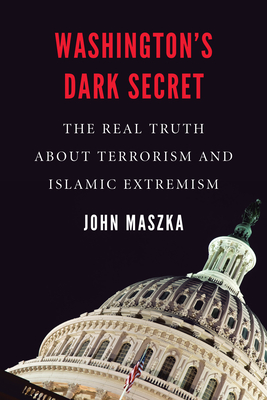 As a scholar of terrorism, John Maszka has examined how politics, the media, and the War on Terror play off one another. His most startling claim is that the War on Terror is a war for natural resources—and that terrorism has little to do with it. Once the military became mechanized, oil quickly became the most sought-after commodity on the planet, and the race for energy was eventually framed as a matter of national security. Ironically, Maszka argues, the true threats to national security are the massive oil conglomerates themselves. Maszka delves into the repercussions of a government that capitalizes on an us versus them mentality, such as the demonizing of an entire religion, sensationalizing “radical” violent attacks, and loosely applying the word “terrorism.”

Because the United States’ current approach to terrorism has led to the politicization and abuse of the term, Maszka suggests a need for a standardized definition of terrorism. Currently, too many acts of violence can be labeled terrorism, resulting in state and nonstate actors labeling their enemies as “terrorists,” yet claiming their own acts of violence as legitimate and retributive. Maszka argues that much of the violence labeled as terrorism today is not terrorism at all. In an ambitious attempt to connect seemingly unrelated events in politics and the media, Maszka offers an unflinching portrayal of the hypocrisy underlying our foreign policy.

John Maszka is a scholar of terrorism and a professor of international relations at Higher Colleges of Technology in Abu Dhabi. He is an expert on Islamic extremism and has personal experience with terrorism, including interviews with Richard Behal of the Irish Republican Army and several members of the Branch Davidians. He is the author of Al Shabaab and Boko Haram: Guerrilla Insurgency or Strategic Terrorism?, Constructive Sovereignty: A New International Relations Model for an Old Problem, and Terrorism and the Bush Doctrine.

“The international community is terrified. Will Trump enact real change? How could he possibly? The neocolonial corporate powers that run the world would never allow it. And let’s not forget that Trump is a billionaire himself, so he doesn’t exactly have an incentive to change the neoliberal world order. . . . What does neoliberalism have to do with the Global War on Terrorism? How did Islamic extremism become Washington’s greatest threat? What brought about this sad state of affairs, and what will it take to change it? These are the questions this book attempts to address.”