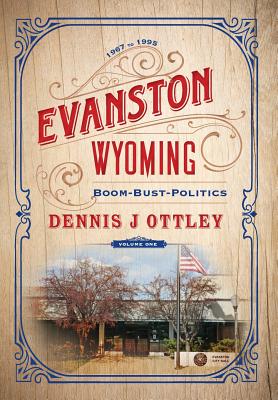 Evanston Wyoming: Boom--Bust--Politics, is a story about an old Union Pacific railroad tent city, once called "Hell on Wheels," that eventually grew to become an amazing community in southwestern Wyoming, and about one man's experience as a city official. Evanston survived and thrived through many boom and bust cycles by having a good strong base of loving, committed citizens.

Told through the eyes of a city official who served Evanston as a three-term city council member and a three-term mayor, and meticulously documented using city council minutes, Mayor Ottley shows how this role affected his life and family, and the hell he went through trying to keep the community together through one of the most challenging boom periods in Wyoming history.

The book gives a full account of the best and worst of politics in a small town, and how untruths, innuendoes, partisan politics, and right-down vicious lies came close to splitting the city. But this mayor, who was dedicated to the people and driven by his love for his community, was able to keep the economy strong and the community united.