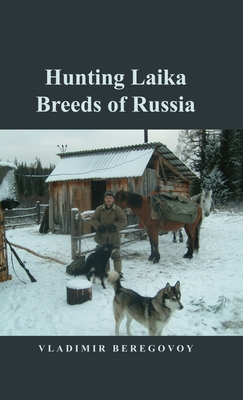 All hunting Laika breeds originated out of primitive aboriginal dogs of the peoples of northeastern Europe and Siberia. Vladimir Beregovoy proposes a concept of primitive aboriginal dogs (www.laikabreeds.com). In modern times, any aboriginal dog of the Old World, once adopted by a kennel club, becomes subject to change by "tender loving care," restricted freedom, and breeding in isolation to standards invented by experts from dog shows. General trends Beregovoy notices are reduction of natural variation, enhancing "trademarks" of the breed, and exaggeration of certain features perceived as beautiful. Behavior and traits needed in hunting, such as agility, stamina, and physiology, are never seen by dog judges.

Maria G. Dmitrieva-Sulima, the first expert in Russian Laikas, lived and worked during the dawn of dog shows in Russia (late nineteenth to the early twentieth century). She was very skeptical on the value of showing without testing at hunting. Now, over 100 years later, Beregovoy's opinion on this matter is the same.

Vladimir Beregovoy was born on January 24, 1935, in Saint Petersburg (Leningrad during Soviet time) and graduated from Perm State University as a biologist in 1964. Starting from childhood, he had a keen interest in dogs and obtained firsthand experience in several breeds: German Shepherds, aboriginal reindeer herding dogs, Great Danes, Airedale Terriers, and finally, West Siberian Laika, which became his lifetime favorite. In 1979, he emigrated with his family from the former Soviet Union and settled in the United States in 1980, where he continued working as a biologist. In 1991, he imported the first pair of West Siberian Laikas from Russia, bred them, and began educating hunters about this breed.