Invite Me In (Paperback) 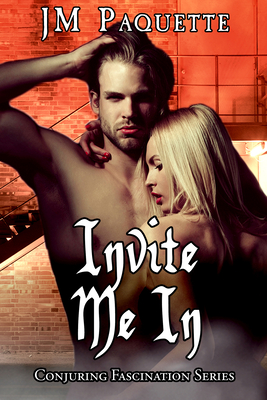 Who knows? Maybe you'll meet some sexy Viking and bear him many children The tickets to Viking Times were supposed to be a friendly joke-a way for Sylvia and her boyfriend to reconnect while indulging in her love for history. But when Sylvia finds herself alone on the big night, she goes anyway, never expecting to be involved, let alone rescued, from a demon attack. Her savior...a sexy red-headed Viking warrior, who-surprise -also happens to be a vampire. Apparently, she doesn't have enough problems in her life (disappointing ex-boyfriend, disappearing teenage BFF, sordid childhood trauma)-she has to up the ante and include the supernatural (vampires, demons, and witches, oh my ). As she falls deeper into this frighteningly familiar world, Sylvia discovers that she can't accept her future without confronting her past. Theo knows he wants her blood from the first moment, but as he explores the mystery surrounding Sylvia, he wonders for the first time if he wants more. Struggling between his bloodlust and her pursuers, Theo must decide if Sylvia is the one to finally invite into his life. The demon known as Mr. Pilkington has spent a long time studying desire, but when it comes to his own needs, he can be as willfully blind as the humans he observes. Until it comes to the one he wants...

JM Paquette hails from upstate New York, so she misses the snow, but not the shoveling, and now lives in Florida, where she hates the heat, but not the beach. She has an embarrassingly large comic book collection that is only shamed by her ever growing horde of cheesy romance novels, and she openly admits to being both a fantasy enthusiast and a roleplaying aficionado-both of which have earned her solid stamps on her Geek Card. She lives in Clearwater with her husband, her daughter, her rambunctious dog, and a cat who occasionally appears at mealtimes.