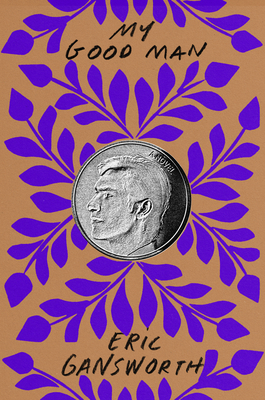 
Available at One of Our Locations
A literary tour-de-force sure to turn the coming-of-age genre on its head from Printz honor author, Eric Gansworth

Brian, a 20-something reporter on the Niagara Cascade’s City Desk, is navigating life as the only Indigenous writer in the newsroom, being lumped into reporting on stereotypical stories that homogenize his community, the nearby Tuscarora reservation. But when a mysterious roadside assault lands Tim, the brother of Brian’s mother’s late boyfriend in the hospital, Brian must pick up the threads of a life that he’s abandoned.

The narrative takes us through Brian’s childhood and slice of life stories on the reservation, in Gansworth’s signature blend of crystal sharp, heartfelt literary realist prose. But perhaps more importantly, it takes us through Brian’s attempt to balance himself between Haudenosaunee and American life, between the version of his story that would prize the individual over all else and the version of himself that depends on the entire community’s survival.
Eric Gansworth, S·ha-weñ na-sae?, is an enrolled Onondaga writer and visual artist, raised at the Tuscarora Nation. His award-winning books include If I Ever Get Out of Here, Give Me Some Truth, Extra Indians, and Apple (Skin to the Core). He is a Professor and Lowery Writer-in-Residence at Canisius College.

"A rich exploration of father-son dynamics."—Booklist

"A triumph of storytelling." —Buffalo News

“Eric Gansworth's new novel is a sprawling work, part commentary and chorus, part excavation of generational trauma, circling back and starting over as his protagonist stumbles toward adulthood. Brian is a cub reporter at an upstate New York newspaper, hired to cover the Tuscarora reservation and the poverty he's barely escaped. But he's constantly tugged home by acts of violence and rare moments of honesty as he tries to walk the "Two Rows" between Indigenous and white worlds. Gansworth drops gems of sharp dialogue as his story lurches toward big truths.” — Minneapolis Star Tribune