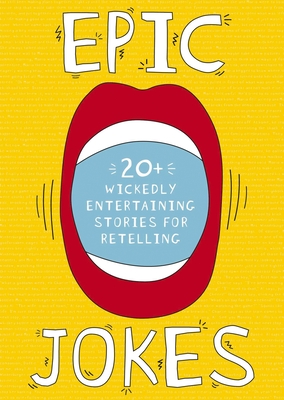 
Available at One of Our Locations
With Epic Jokes, windup friends and family with these long-winded, hilarious jokes!

A good joke is the same as a good story: it grabs people’s attention, and keeps it until the end. A joke has the advantage of leaving people laughing. And the laughs are bigger at the end of a well told long-winded joke. With Epic Jokes, you’ll learn classic jokes that seem to just go on and on. But have no fear, when you deliver the much anticipated punch line you’ll be the star of the party!
Jake Goldman has been performing comedy in some form or another for nearly 20 years. His album "I'm Fine," is a culmination of two decades worth of jokes, bits, sketches, and stories. He currently lives in Rhode Island and performs across New England, with a home base of the Wage House Comedy Theater in Pawtucket.