A Theory of Disfunctionality: The European Micro-states as Disfunctional States in the International System (Politics) (Hardcover) 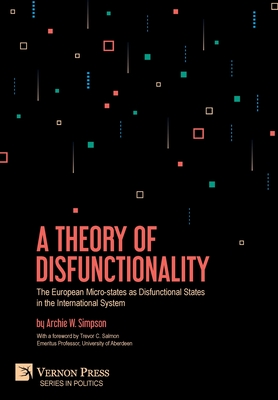 By Archie W. Simpson
Email or call for price

The book, which focuses on two case studies-Monaco and Luxembourg-, will be of particular interest to those involved in small state studies including scholars, students, practitioners and policy-makers, as well as those researching International Relations and state theory.