Pyotra and the Wolf (Paperback) 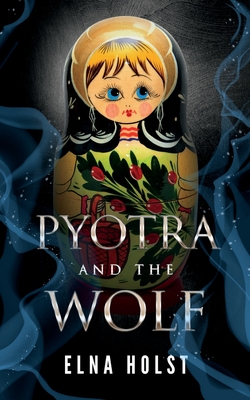 Pyotra and the Wolf (Paperback)

For the space of a breath or two, that wolf had entranced her, mesmerised her, made her believe-the impossible. And that was all it took.

Nothing about this wolf was as it should be.

Pyotra Nikolayevna Kulakova lives in a small Russian settlement in the northern Siberian taiga, where the polar night lasts for a good month out of the year and the temperature rarely reaches above freezing point. Pyotra's days, too, seem congealed and unchanging, laden with grief, until her baby brother's close encounter with a tundra wolf upends the lives of the three members of the Kulakov family in one fell swoop.

Pyotra and the Wolf is a queer retelling of Sergei Prokofiev's symphonic fairy tale, structurally influenced by matryoshka dolls and memory castles. This is a story of darkness and light, love and loss, beast and human. Whichever way the spinning kopek falls.