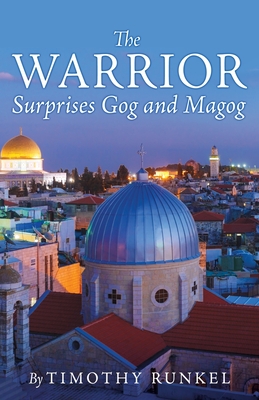 
Ships to Our Store in 1-5 Days
"The Warrior Surprises Gog and Magog" is an imaginative novel that focuses on God's fulfilling the prophecies of Ezekiel. The first person perspective of Air Force Captain Michael Martin immerses the reader in Israel, the Golan Heights, Jerusalem, miracles, and the dual battles between nations and between belief and unbelief. Michael's reconnaissance encounters wonders that he can neither explain nor control. His brother Rabbi Daniel and their friend Sasha Amar explain the parallels in Biblical prophecy and possible patterns in the Jewish and Christian calendars. His journalist sister Sarah reports the amazing events yet struggles to understand them and what follows each one. Despite controversies, spiritual awakening breaks out, and faith spreads in surprising places. God's Holy Name and Glory become known to Israel and to the nations. Dr. Runkel and his wife live in Florida, near the Historic Coast and the Space Coast. He has lived overseas and worked as a counselor, a software engineer, and a data scientist. He welcomes people of all faiths, and even no faith, to read this novel and see what could be.