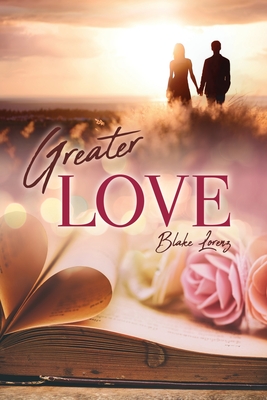 
Ships to Our Store in 1-5 Days
In this action packed thriller Jesus will make His miraculous return to earth. Will the world be prepared for His glory? In Greater Love, author Blake Lorenz shares a captivating story of one man's journey through time after God has chosen him to prepare Israel and the world for the second coming of Jesus Christ. After a Damascus Road encounter with Jesus, John Nova, a former professional baseball player, becomes a time traveler for the Son of God by the power of the Spirit. Along his adventures, he meets Mary in the time of Jesus, whom Jesus later sends to the twentieth century to become John's wife and his partner in ministry. Together, John and Mary ready the world for the coming King of kings. As their time travel culminates to a glimpse into Jesus's thousand-year reign, John and Mary watch as God's judgement paves the way for the manifestation of His everlasting Kingdom. Just like Cinderella and her prince, John and Mary face eternity with tremendous hope and the greater love of God. This profound love story, full of romance, restoration, and revelation, becomes the eyes through which we see the greater love of Jesus. It is the ultimate triumph of love as we watch our almighty Father prepare the world for His Son's return. A former professional baseball player with the Chicago Cubs Organization, Blake Lorenz felt God calling him to attend Asbury Seminary, where he received a Master's degree in 1984. For over thirty-three years, Lorenz has pastored small and large churches in the Orlando area, while participating in evangelism work around the world, visiting five continents, preaching the gospel to tens of thousands, and planting over five hundred churches across the globe. He has been working in Israel for the past fourteen years and served on the board of the Jerusalem Prayer Breakfast in connection with the Knesset. He is married to Beverly Brackman, and together they share three children, and now six grandchildren. In 2020, he and Beverly launched BlakeLorenzMinistries.com and their podcast, AWAKEN, on Charisma Media, which is heard in 149 nations.