On Multiform War: Strategy, Revolution, and the Nine-Head Monster. (Paperback) 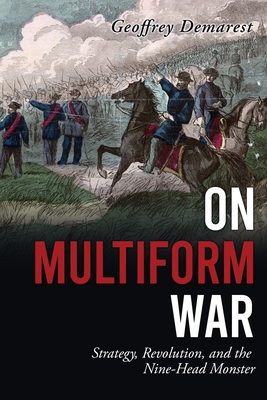 On Multiform War: Strategy, Revolution, and the Nine-Head Monster. (Paperback)


Ships to Our Store in 1-5 Days
This book addresses the anti-American assault being perpetrated against us from multiple directions in multiple forms. It is a strategist's how-to book-how to fight and win the overarching struggle of our time. Historical examples and classic military principles guide what to do and not do to win the subordinate campaigns and battles that feed into that struggle. For those who can no longer abide "progressive" and "woke," want to plan competently, and are nevertheless lighthearted and optimistic about the future, this book is for you. We are in a multiform war visited upon us by a nine-headed monster composed in part by foreign Communist parties, global NGOs, our own deep state, and the Democratic Party. The fight is one of domination and submission-those who would turn people into chattel pitted against those of us who seek to defend liberty and the exceptional nature of the American Revolution. It is high time to saddle up the boys. Geoff Demarest holds a law degree and a doctorate in International Studies from Denver University, a doctorate in Geography from the University of Kansas and a master's in Strategic Studies from the US Army War College. He retired from military service, practiced law, worked as a researcher for the Army, and traveled extensively in Latin America. He and his wife are now retired, living in Georgia. They have three sons, several grandchildren and a dog.