The Moment of Liberation in Western Europe: Power Struggles and Rebellions, 1943-1948 (Compact Disc) 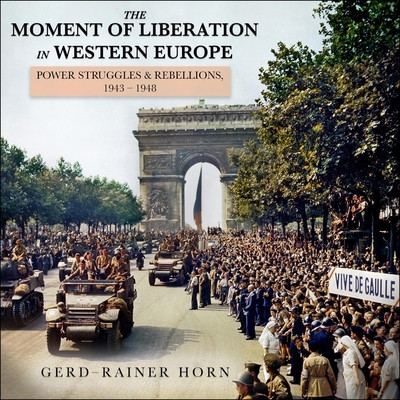 The Moment of Liberation in Western Europe: Power Struggles and Rebellions, 1943-1948 (Compact Disc)


Currently Unavailable
The Moment of Liberation in Western Europe: Power Struggles & Rebellions, 1943-1948, regards the final two years of World War II and the immediate post-liberation period as a moment in twentieth century history when the shape and contours of postwar Western Europe appeared highly uncertain and various alternatives and conflicting visions were up for grabs. After close to six years of total war, Nazi terror, and brutal occupation policies, a growing number of Europeans were no longer content solely to fight for national liberation from fascist control. Having staked their lives in military and civilian resistance to Nazism and Italian fascism across the continent, surviving activists were aiming to ensure that such a political and social catastrophe would never befall Europe again. In the closing moments of World War II, there were extensive popular social movements at work in almost every single state which aimed to construct postwar societies in which grassroots democracy and the free association of rank-and-file activists would replace the profit principle and the top-down Jacobin orientation by traditional elites. This study for the first time reconstructs the parameters of this contest over the shape of postwar Western Europe from a consistently transnational perspective.