The War in Southern Africa: An Analysis of Angolan National Strategy 1975-1991 (Hardcover) 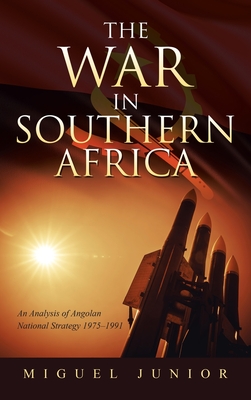 The War in Southern Africa: An Analysis of Angolan National Strategy 1975-1991 (Hardcover)


Ships to Our Store in 1-5 Days
(This book cannot be returned)
This book on the national strategy of Angola targets several objectives. First, to attest that the newly independent Angolan state also formulated a national strategy in the light of its political and philosophical vision. The Angolan state, during the period under consideration, had its own structured vision, which prevented it from going adrift and playing second fiddle within the context of political and military confrontation in Southern Africa. Second, to demonstrate that the Angolan state structured its own strategic thought to tackle the regional armed confrontation and the different internal and external challenges.
MIGUEL JUNIOR is a general officer of the Angolan Armed Forces and a military historian. He is the author of The War in Southern Africa An Analysis of South Africa's Total National Strategy (1948-1994).