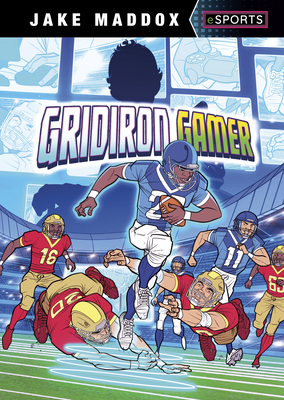 
Ships to Our Store in 1-5 Days
As much as he would like to, Iako can't play football. Being in a wheelchair keeps him from hitting the real gridiron. However, Iako makes up for it by being a whiz at his favorite video game, Football Blitz: Turbo. When his friends tell him he should play at a local esports tournament, Iako is hesitant. He doesn't think he's that good, and he doesn't like crowds. But when Iako plays a pickup game and beats the current FB: T champion, he endures a lot of insults from the sore loser. With the support of his friends, Iako decides to enter the tournament to prove he can compete as well as anyone else. Will Iako's skills help him defeat the current champ again and claim the title?