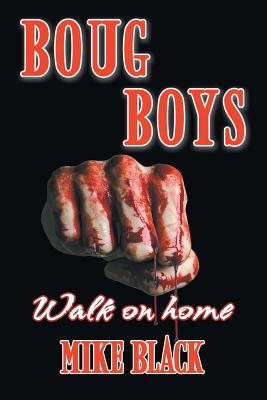 Schultz would have been happy spending the summer getting high, doing some brewin', and watching his best friend Stamm sell drugs out of his parents' garage. But he got bored watching Stamm slip depressingly into a mysterious addiction, so Schultz goes in search of new highs. That's when he finds out what being a real Boug Boy is all about.

Boug Boys opens a window into the life and exploits of a group of ass-kicking, whiskey-drinking, drug-taking boys who fear nothing except sobriety. They live life like they listen to music: FULL BLAST

Like savage, smart-mouthed animals in suburban captivity, they run wild, steal anything not bolted down, attack anything that shows aggression, and smoke anything they can't drink. They speak their own language and follow their own rules.

Curt is an older guy and a real bad ass. He's been shacked up with two girls who own a party house called The Duplex. Along with some other Boug Boys, like Dick Sinner and Fooky, they find themselves in the middle of drunken, drug-induced shenanigans that are the things of which legends are made. This humorous coming-of-age tale raises the roof on teen drug culture.

Mike Black was raised in a suburb of St. Louis, Missouri that was known for its heroin culture, as well as its high teen pregnancy and suicide rates. "For these reasons, I chose St. Peters as the setting for Boug Boys." The author lived in Japan for a decade and currently resides in Phoenix, Arizona, where he is a high school language arts teacher.