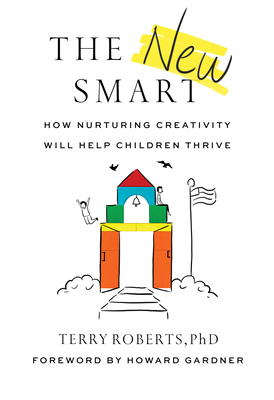 The New Smart is a riveting study of the kinds of minds that will succeed in the 21st century. As it turns out, the key ingredient for all aspects of life is not traditional IQ but creativity.

In Dr. Terry Roberts' newest book he presents readers with a 21st century exploration into intelligence and creativity. The New Smart argues that the old notion of intelligence as a static quotient has ceased to mean much of value. Being smart, especially as it's related to test scores and school grades, has less and less to do with success in contemporary life. Both these words and the ideas they represent are worn out.

Our new age demands something much more fluid, much more resilient--much more creative. In this book, we ask who will thrive in the future? And by reframing the question, we arrive at the following profile of successful creators:

The New Smart asks how we re-train ourselves and educate our children for a life that demands such creativity. It provides a clear roadmap away from standardized schools producing standardized minds and describes in detail why creative is The New Smart.