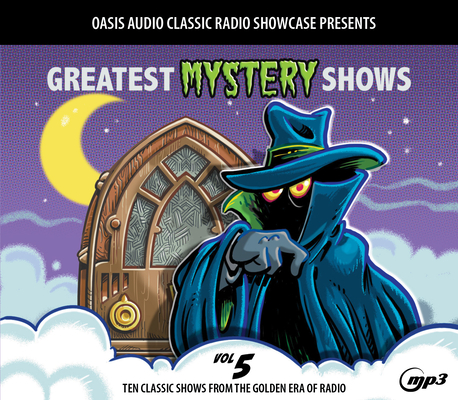 Oasis Audio has gone into the vaults and dusted off the very earliest form of audio book, old time radio shows, for our listeners. Introduced episode by episode by Jim Engel, old time radio authority and board member of the Museum of Broadcast Communications in Chicago, this series of classic radio shows is sure to have something for everyone. Celebrity casts and top-notch writers made the 1920s through the early 1950s, the golden era of radio. The series features seven exciting themes with 100 episodes in each. That is 700 classic radio programs in all.

Before TV’s The Twilight Zone, there was radio’s The Inner Sanctum Mystery, Lights Out!, The Weird Circle, and so many other great mysteries starring Orson Welles, Jane Wyman, Dana Andrews, Edmond O’Brien, James Cagney and more. 100 great Mystery classics in ten volumes.