Delivered with a Kiss (Compact Disc) 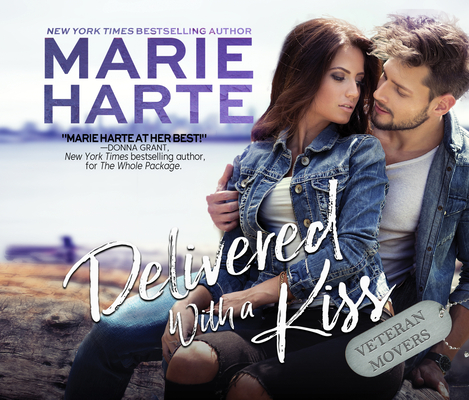 Delivered with a Kiss (Compact Disc)


Currently Unavailable
Smith Ramsey knows all about hard knocks. So when his newest client gets dumped by her boyfriend, he gets her an apartment in his complex. He tries to steer clear of her, having enough troubles of his own. He's got estranged brothers to deal with on top of learning his mother wasn't his mother. But he can't forget pretty Erin Briggs. And soon he's addicted to more than her cookies... Erin thought she'd been in love, but now independent and looking at life through clear eyes, she realizes what she felt for her ex in no way compares to what she's feeling for the tough ex-Marine who picked her up when she was down. Actions speak louder than words. Smith's kindness and gentle core lay buried under old hurts. But can he forgive and forget the past to make a future with Erin? And is she making a mistake by trusting in love for the wrong man all over again?