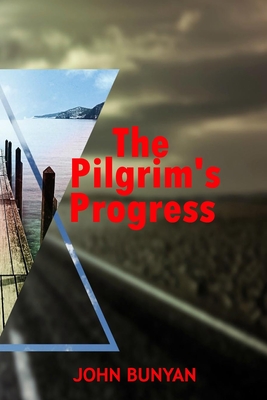 The Pilgrims Progress is a famous story of man's progress through life in search of salvation and remains one of the most entertaining allegories of faith ever written. Set against realistic backdrops of town and country, the powerful drama of the pilgrim's trials and temptations follows him in his harrowing journey to the Celestial City. An enormously influential 17th-century classic, universally known for its simplicity, vigor, and beauty of language.

Pilgrim's Progress is read with the greatest pleasure.- George Whitefield (1714-1770)

Next to the Bible, the book that I value most is Pilgrim's Progress. I believe I have read it through at least a hundred times... Prick him anywhere, and you will find that his blood is "bibline," the very essence of the Bible flows from him. - Charles H. Spurgeon (1834-1892)

That tenderest and most theological of books is pulsating with life in every word. - J. Gresham Machen (1881-1937)

Often disguised as something that would help him, evil accompanies Christian on his journey to the Celestial City. As you walk with him, you'll begin to identify today's many religious pitfalls.

These are presented by men such as Pliable, who turns back at the Slough of Despond; and Ignorance, who believes he's a true follower of Christ when he's really only trusting in himself.

Each character represented in this allegory is intentionally and profoundly accurate in its depiction of what we see all around us, and unfortunately, what we too often see in ourselves.

But while Christian is injured and nearly killed, he eventually prevails to the end. So can you.