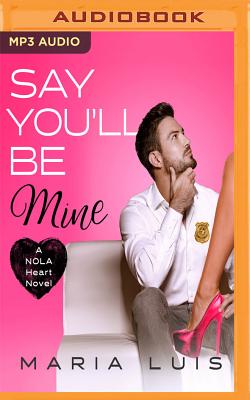 Laws of Engagement for dealing with an Ex:

Rule #1: Don't give into temptation for a kiss just to see if they taste the same.

Rule #2: No clothing removal. Seriously, don't take them off.

Twelve years and too many pairs of stilettos later, Shaelyn Lawrence is back where she started: New Orleans. She's returned only to take care of her grandmother, and after that? She's out, hopefully long before she sees irresistible Brady Taylor, the boy who stomped all over her heart. But when a family member approaches her for help, there's only one person she can to turn to...and he's just as infuriatingly sexy as she remembers. Oh boy.

New Orleans Detective Brady Taylor has his sights on the finish line: getting promoted to sergeant. Nothing and no one is getting in his way - except that he didn't prepare for her return, the girl who left him without a word. Resisting Shaelyn has never been his strong suit, and now all he can think about is stripping her out of her f--K-me heels and kissing the lipstick off her sassy mouth. And when she asks him for help, he's forced to decide between his career and the woman he's never stopped loving.

Rule #3: Don't even think about falling in love again...

Say You'll Be Mine is the first full-length novel in the NOLA Heart series, but can be listened to as a standalone. If you like quirky characters, hot cops, and steamy scenes that will have you fanning your kindle, then you're in the right place. Things are about to get hot down in the Big Easy...