Closure: based on a true story (Hardcover) 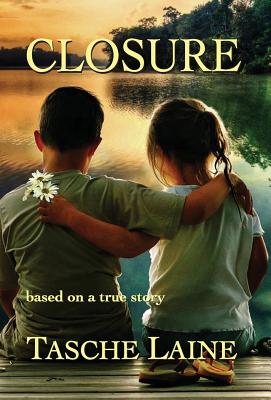 Closure tells the story of Trey and Tara, best friends and childhood sweethearts since age three, and each other's first love. Set in the Pacific Northwest, Trey moves away with his family, at age ten. A few years later, Trey and Tara become pen pals and fall in love by pouring their hearts out to each other--through letters.

Abruptly, the letters stop appearing in the mail. Na ve Tara gets on a plane to find out why. She visits Trey in Phoenix only to find him withdrawn and cold. Perplexed at his behavior, she prods him until he finally reveals to her the secret he is harboring. He tells her that she shouldn't have come, that he can't be with her, and that he made a horrible mistake. Tara goes home broken-hearted and resolves to move on without him.

But they continue to pine for each other. At nineteen, despite the obstacles, they get engaged while Trey serves in the army. But his family forces them apart, devastating them both.

Through the years, Tara pursues other relationships in her desperate search for love, yet unable to let go of what she lost with Trey. They are both haunted by memories, and feel incomplete, that fate isn't finished with them yet. They seek each other out with occasional letters and hopeful phone calls. But the timing is always wrong, and life gets in the way.

Trey and Tara both marry other people, and they go on with their lives the best they can. Relocating to sunny southern California, Tara lives in a beautiful home, has a good job, adores her child, and lives an idyllic life. What could go wrong?

Twenty years later, Trey and Tara see each other again. Could this be their second chance?