Found By the Water (Paperback) 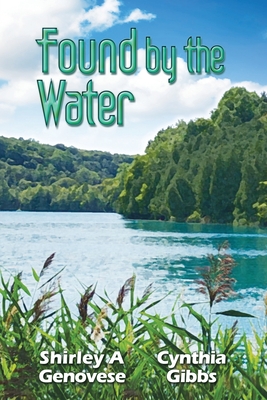 Found By the Water is an allegory written as contemporary fiction, inspired by a lone woman's unexpected encounter at Jacob's Well in ancient Samaria. The story begins in the late spring of the early twenty-first century in Rocky Mountain territory now known as northern Idaho. Settlers migrated from the east two centuries ago. Constant conflict over water has strained the harmony between the communities. You will meet Anna Marin and Brea Duncan, with Robert Marineta, and his son Joshua; as well as others who live and work in neighboring towns. Anna is the young matriarch of the valley town of Marin, who struggles to believe God loves her. Rob and Josh, as they are known, live in the mountain city of Bellalto. From the beginning, Rob's family has been in control of the area's most abundant natural resource, water. Josh has recently joined the family's privately owned Chute Valley Water Authority. Both men have a desire to break the cycle of greed and bitterness which has developed and caused division for over a hundred and fifty years. Anna and Josh meet under challenging circumstances. How will God reveal his love for Anna and will she embrace it? Will Rob and Josh succeed in their efforts? Is it possible to break the power of generational bitterness? Sometimes God has purposes that we will only understand when we see him face to face. We created Found By the Water to both entertain and encourage you by the life changing power of God's love and words, woven into an engaging story.