Sins of the Flesh (Paperback) 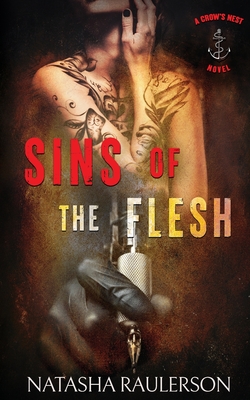 Sins of the Flesh (Paperback)

Cindy 'Sin' Masters is an award winning tattoo artist and owner of Masters of Ink Tattoo shop. The only thing taking buzz out of her tattoo gun is receiving yet another anonymous, threatening letter-she thought the first one was a joke, but four letters later it's just creepy. When she is attacked outside the tattoo parlor, Sin barely escapes the electrifying barb of a taser gun and her possible stalker.

A friend hires Hunter Shaw, veteran Army Ranger and marine mechanic at the Crows Nest to be her bodyguard. Sin has no desire to be babysat by some stubborn, bossy, cowboy-wannabe, and she will decidedly ignore the fact that he's entirely too sexy for words. But as the attraction escalates between Sin and the Cowboy who's got her six, so does the threat against her life.