The Mystics and The Mystery: Twin Flames of Éire Trilogy - Book Three (Paperback) 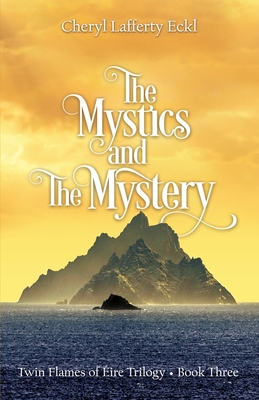 The Mystics and The Mystery: Twin Flames of Éire Trilogy - Book Three (Paperback)

The path of reunion for twin flames has never been more perilous than for these two souls.

Debbie Conroy is a gifted seer who cherishes her ability to see beyond the physical, into other planes of being. Jeremy Madden was born with the same ability, and since his youth has worked hard to suppress it. Debbie's clairvoyance has brought her many blessings. Jeremy's brought him only nightmares and grief--except for one miraculous childhood encounter with the compassionate Wisdom Master K. H. Will Jeremy overcome his fear of seeing and open his heart to Debbie? Or must she surrender her visions of the love they shared in past lives for the sake of his soul?

In this dramatic conclusion to the Twin Flames of ire Trilogy, the Friends of Ancient Wisdom come together as mystics with angels and ascended masters to combat the deadly opposition to all twin souls and its curse on Debbie and Jeremy, whose reunion is destined to complete the powerful mandala of the Twin Flames of ire. Will Love's victory be won at last? Like the secrets hidden in Egypt's pyramids or locked in E re's ancient stones, therein lies the Mystery.