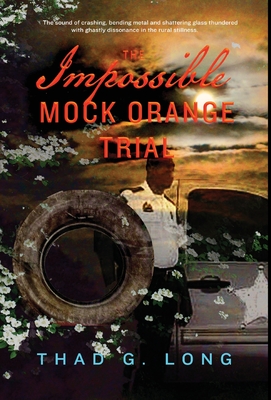 Ted Born and a young untested associate were called upon to defend a tough - seemingly impossible - lawsuit in one of the most challenging county courts in the United States. The facts looked bad: the client was a tire manufacturer of a tire that blew out, followed by a vehicular crash resulting in a child's death, a brain injury for another child and other serious injuries. The dead and injured were all African American residents of a county where juries were all or mostly African Americans, with a history of rendering verdicts in generally millions of dollars in favor of local residents against big out-of-state corporations, even in minor cases. The case leads through a labyrinth of mystery and intrigue no one could have imagined as the trial date of a BIG one looms.

The book explores the complexities of getting evidence for a meritorious defense against the exploding tire claim in the context of a supposedly hostile venue and going to trial where home turf, race and sympathy compete with the evidence and a jury is called upon to make a decision, compounded with some extraneous intervening events. There are inner and spoken issues that have to be resolved by the lawyers and their clients as the evidence comes together and the trial approaches. But the verdict and the aftermath of the verdict take turns which challenge all parties, especially in the context of the dead and injured children who are concerned.

This tense and high-octane drama explosively confronts the meaning of justice in the context or right-and-wrong, corporate and personal responsibilities, sympathy and objectivity, racial relations, and our judicial system as a means of resolving countervailing positions with their heavy emotional baggage. It dissects the moral character of jurors thrust, through no choice of their own, into a web of competing angels and demons that vie to influence their verdict - with an unexpected twist at the end that rocks all precedents. Although this book is intended to engage readers with suspense and entertainment, the book has a greater underlying mission to reflect upon the weighing of the concept of civil justice in our court system.