Banned By The BBC! How I Became a Radio Pirate (Paperback) 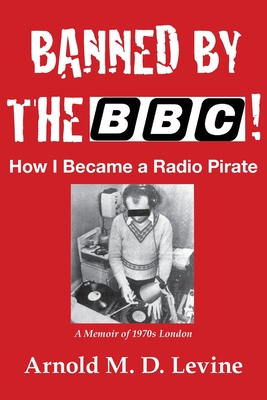 Banned By The BBC! How I Became a Radio Pirate (Paperback)

When the famed pirate-radio ships were banned by the British government in 1967, their legacy was continued by clandestine land-based pirates, risking capture at every broadcast to break the BBC's radio monopoly.

Written by the co-founder of notorious pirate station Radio Concord (1971-77), this personal memoir spans the never-before-told inside story of pirate radio, squatting, punk music, social issues, and revolutionary politics roiling in the demi-monde of 1960s and 1970s London.

Why was my phone tapped? What made the police, Special Branch, crime reporters, and even the post office pursue me? Free speech and privacy rights come at a steep price in any age, as we now know in this post-Manning, -Assange and -Snowden world.

Highlights include: squatting the Queen's Windsor Castle Great Park; scaling Mick Jagger's house; befriending Joe Strummer; and dancing naked at a Stonehenge Free Festival. Mingle with hippies, judges, intellectuals, politicians, techies, artists and rock stars Experience Jimi Hendrix's disastrous last concert; crashing a Rolling Stones private rehearsal; and survive a motorbike ride with Bison in the Badlands. All that and more for the reading in Banned BY The BBC