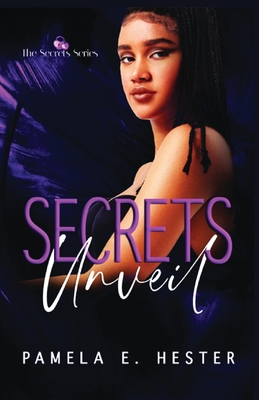 In a world of secrets, who knew vengeance is just as important.

Life hasn't always been full of secrets and hidden agendas for Paris Thompson. But, when she meets Trenton Devereaux, it is unexpectedly through a person she trusts who left her stranded. Paris is a college student who believes in playing it safe and by the rules. She soon learns that being a good girl gets her nowhere. When she experiences heartbreak, Trenton is everywhere she turns to pick up the pieces.

Trenton is devilishly handsome and charming with a dark side. He is the type who prides himself on being in control. So, when he meets Paris, Trent learns the true meaning of love for the first time. Their relationship and undeniable love are tested when Paris goes down a spiral world of drama, secrets, and a girl wanting to recruit her into a prostitution ring. When it can't get any worse, she ends up hanging with the world crowd, who turns violently on her. When Paris is attacked, will Trent go against the gang responsible for vengeance on her behalf?