The Vows We Keep (Hardcover) 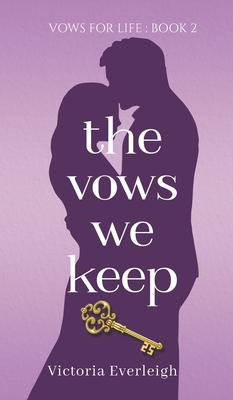 The Vows We Keep (Hardcover)

After leaving the priesthood, Tristan O'Connor finds himself single, unemployed, and looking for a place to live. He longs for a family life, but being an ex-priest isn't a selling point on the dating scene.

When an unfortunate accident brings Miranda into his life, he begins to believe the love and marriage he's hoped for are possible. But after a young woman claiming to be his sister shows up on his doorstep, he starts to question everything he thought he knew about his late mother. Family upheaval, unexpected gifts, and his newfound love possibly lost prove to test his ideology.

Faced with the fear that another woman in his life will leave him, will he succumb to a life alone? Following his heart, he puts his faith in God to lead him down the path of mercy, understanding, and the love he desires.