World of Dogs: A Book for Dog Lovers All Over the Globe (Hardcover) 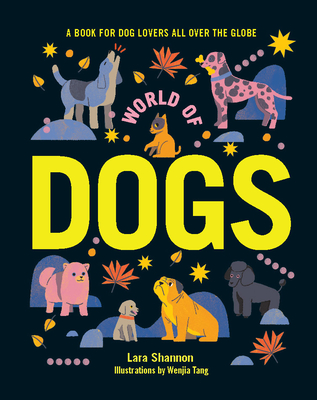 World of Dogs: A Book for Dog Lovers All Over the Globe (Hardcover)


Available at One of Our Locations
World of Dogs is a fun and quirky gift book perfect for all dog lovers! Delving into the evolution, history and legacy of our canine companions, this gorgeous little book celebrates the role of dogs in society, pop culture and our families around the globe.

Since their domestication between 15,000 and 40,000 years ago, dogs have played an important role in the lives of humans. In World of Dogs, you'll discover how certain dogs became some of world's most popular breeds, as well as some of the most famous canine friends who became household names in popular culture. You'll also be acquainted with an incredible range of world dog breeds, from Africa's Abyssinian Sand Terrier and the Peruvian Inca Orchid, to the New Guinea Singing Dog and India's pariah dog.

For anyone that wants to know more about the role of dogs in our lives, World of Dogs is fascinating tribute to dogs near and far.
A passionate animal welfare advocate, certified dog trainer and pet nutritionist, Lara Shannon has been a regular on Australian TV and radio stations for the past two decades. In 2016, Lara created and is the producer and host of Pooches at Play, an Australian TV show to help entertain and educate people about how to care for and understand their dogs better. She is also the editor of poochesatplay.com, runs her own dog training business and is an ambassador for Second Chance Animal Rescue and Pets of the Homeless. Never far from Lara's side is the cheeky 'Dynamite Darcy', who Lara adopted in 2017, and her recent rescue pup, Vindi, who is eagerly anticipating joining Darcy as a canine co-host on Pooches at Play!