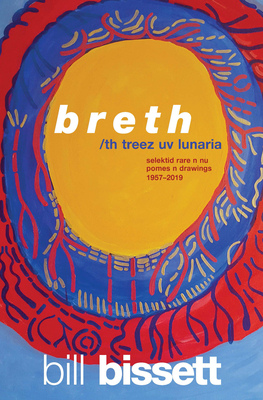 This volume, the largest in bill bissett's publication history, includes more than a hundred illustrations and visual poems, many of them appearing in print for the first time, as well as a foreword by fellow poet Tim Atkins (author of Folklore and On Fathers ), a bibliographical "a r c h i v e," and an index of poem titles.

originalee from lunaria ovr 300 yeers ago in lunarian time sent by shuttul thru halifax nova scotia originalee wantid 2 b dansr n figur skatr became a poet n paintr in my longings after 12 operaysyuns reelee preventid me from following th inishul direksyuns- bill bissettbill bissett garnered international attention in the 1960s as a pre-eminent figure of the counter-culture movement in Canada and the U.K. In 1964, he founded blewointment press, which published the works of bpNichol and Steve McCaffery, among others.bissett's charged readings, which never fail to amaze his audiences, incorporate sound poetry, chanting and singing, the verve of which is only matched by his prolific writing career--over seventy books of bissett's poetry have been published. Among bissett's many awards are: The George Woodcock Lifetime Achievement Award (2007); BC Book Prizes Dorothy Livesay Prize (2003) peter among th towring boxes / text bites; BC Book Prizes Dorothy Livesay Prize (1993) inkorrect thots.