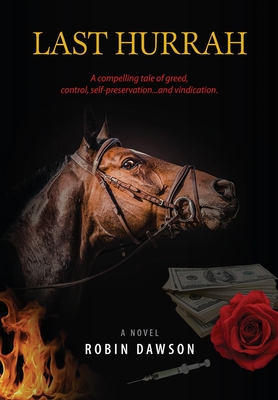 The 21st century has not been kind to thoroughbred horse racing. The once-mighty Sport of Kings has struggled to hold on to its fan base and betting revenue source in the face of competition from casinos, lotteries, and online gaming. Indeed, today the annual foal crop is half what it was during the heady 1970s and 80s, prizemoney has been drastically reduced, iconic farms are being sold, and racetracks are closing...

Summoned home unexpectedly from Europe, Tom Fraser, an aspiring amateur steeplechase jockey, discovers that his father has perished in a fire along with a prized broodmare, and his family's farm, Caledonia, is now owned by mysterious Venezuelan billionaire, Hector Delmontez.

Pitched into a police investigation of not only his father's apparent murder, but Delmontez's involvement in narcotics, money laundering, and insurance fraud, Tom and an unlikely supporting cast find themselves on a daunting journey that takes them from Lexington, Kentucky, to the pomp of Royal Ascot; from the glitter of Dubai to the cutting-edge tech world of Bangalore, and all the way, via the charms of Woodbine and Saratoga racetracks, to the iconic Twin Spires of Churchill Downs - with a shot to run for the roses.

Bob Fraser dealt his son his last card. How Tom plays it will determine his destiny.