Kenya: A History Since Independence (Paperback) 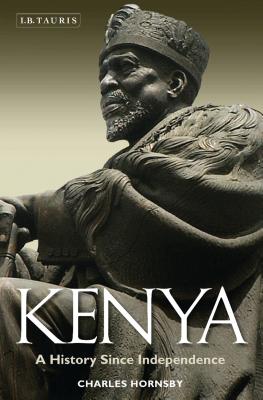 Since independence from Great Britain in 1963, Kenya has survived five decades as a functioning nation-state, holding regular elections; its borders and political system intact and avoiding open war with its neighbours and military rule internally. It has been a favoured site for Western aid, trade, investment and tourism and has remained a close security partner for Western governments. However, Kenya's successive governments have failed to achieve adequate living conditions for most of its citizens; violence, corruption and tribalism have been ever-present, and its politics have failed to transcend its history. The decisions of the early years of independence and the acts of its leaders in the decades since have changed the country's path in unpredictable ways, but key themes of conflicts remain: over land, money, power, economic policy, national autonomy and the distribution of resources between classes and communities.While the country's political institutions have remained stable, the nation has changed, its population increasing nearly five-fold in five decades.
But the economic and political elite's struggle for state resources and the exploitation of ethnicity for political purposes still threaten the country's existence. Today, Kenyans are arguing over many of the issues that divided them 50 years ago. The new constitution promulgated in 2010 provides an opportunity for national renewal, but it must confront a heavy legacy of history. This book reveals that history.

Charles Hornsby holds a D.Phil on Kenyan politics from St Antony's College, Oxord and has combined a professional caree in information technology with a deep engagement with Kenya. He is the co-author (with David Throup) of 'Multi-Party Politics in Kenya' (1998).

"This is the first full history of Kenya's half-century of independence. And it is more than that. Hornsby roots independent Kenya's problems in its many colonial crises, particularly the brutally divisive Mau Mau war. Since then Kenya has experienced rapid change, not least its explosive population growth, and crises, often resolved, at least temporarily, by illegal government action. But the underlying continuities are extraordinary. Hornsby shows how Kenya's most recent tragedy, the killings and evictions that followed the 2007 general election, can be traced back to the political deals of decolonisation. To explain the ambiguities in the Kenyan nation and state is not easy. But with great thoroughness, edged with sometimes startling insight, Hornsby has done just that." - John Lonsdale, Emeritus Professor of Modern African History, University of Cambridge

"Charles Hornsby has followed Kenya intensely for decades and watched the twists and upsets of its dramatic politics. Now he has written a heavyweight and lucid history of this fascinating and important country. His account is a grand narrative full of sharp insights." - Richard Dowden, Chairman Royal African Society

"Hornsby documents the roots of Kenya's problems since Independence and shows how a select group of elite Kenyans conspired with Western powers to deny Kenya a true rebirth." - The Standard

"[Charles Hornsby] writes as the political economist that he is, with an easy grasp of all the interconnected strands of his subject." - The Nation